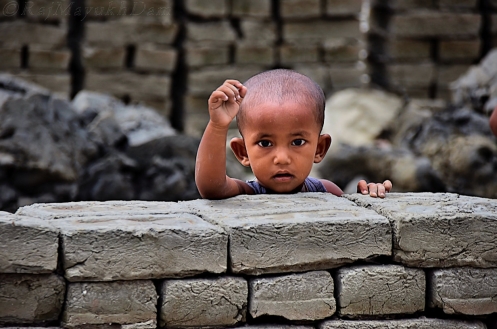 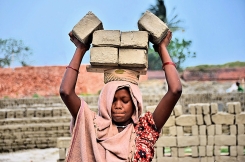 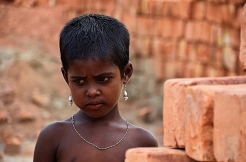 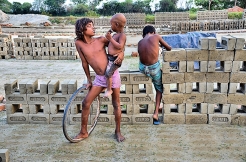 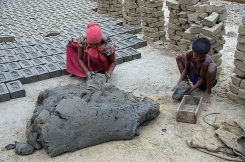 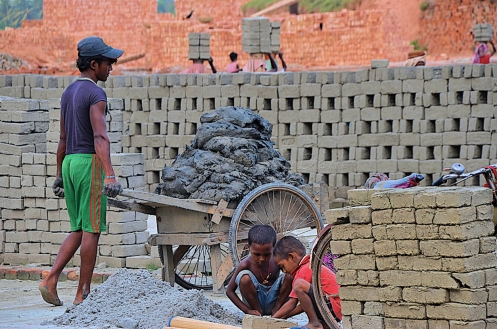 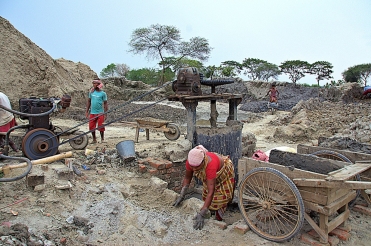 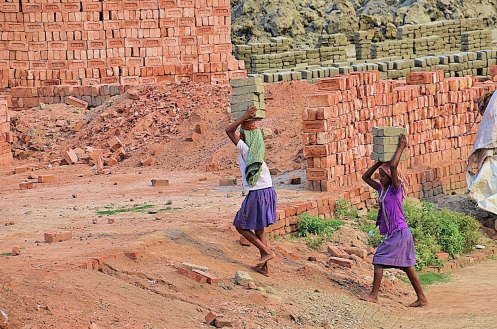 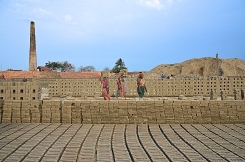 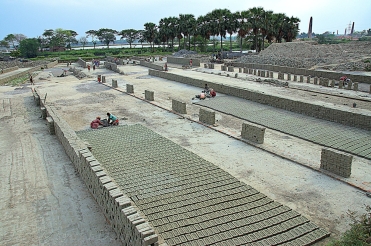 Expansion of the real estate business in India has boomed over past years. The backbone of the industry is supported by the workers of the brick industry. A large number of women and children are affianced in this industry.

Child labor has become the sheer reality in Bengal, unlike many other developing countries India & Bangladesh has the largest number of child laborers and it is one of the major socio-economic problems in the country. Major concern is that work undertaken by children and young women in brick-making factories is by nature heavy and dangerous, coupled with long working hours, and low payment Thus, its far reaching effect on child development, especially on schooling and health, is devastating.

The working children and young women, as a socio-economic group, happened to be the most disadvantaged because for survival of self and family. They are forced to work for living, sacrificing their childhood along with their future.

Child and young women workers in brick factories usually performed multiple tasks. Common tasks includes – mixing clay, cutting raw brick, digging clay, loading bricks in and out of the kiln, loading brick onto the truck, and arranging bricks to dry. They do not get any form of medical support, and often denied medical care even in the cases of a workplace accidents.

It is common for all children in brick field to suffer from illness frequently like cold, fever, skin diseases, physical pain, and eye-sight-related problems. Children, with the compulsion of taking up work at early age do not get the proper supporting environment for their physical and mental development. Many working children, especially girls, are also subjected to sexual abuse and harassment.

According to children’s and young women’s responses, top reasons for working at the kiln are the family’s economic hardship. Most of the wages are spent on their family and personal day to day needs, with very little or no savings. They work most of the time as the sole breadwinner of the family, sometimes as means of self actualization. As a consequence of family dynamics and most important pull factor poverty, that leads them to work.

The majority of child workers do not want to continue their schooling, contrary to the expectation of parents, who lived most of their lives working and living in brick factories. Most of the children interviewed had already quitted their school. They want to bear the responsibility of their family and themselves. They also want their working conditions to be easier and safe. A very common expectation is that, all of them want to lead a happy life with their work and family.

Since the main reason for children to work is to ease family economic hardship, it may be hard to eliminate all forms of child labor. However, children should be prohibited from undertaking  dangerous jobs, including operating brick machines, brick firing operations, and clay preparations.

The 2011 national census of India found the total number of child labor, aged 5–14, to be at 4.35 million, and the total child population to be 259.64 million in that age group. The child labor problem is not unique to India; worldwide, about 217 million children work, many full-time.

In December 2014, the U.S. Department of Labor issued a List of Goods Produced by Child Labor or Forced Labor and India figured among 74 countries where significant incidence of critical working conditions has been observed. Unlike any other country, India was attributed 23 goods the majority of which is produced by child labor in the manufacturing sector.