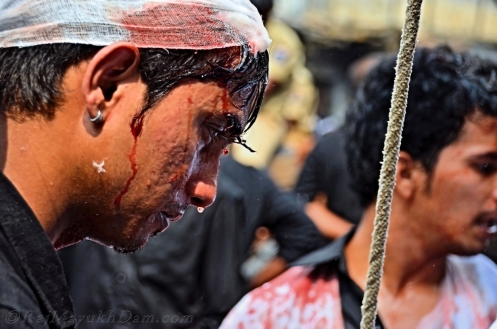 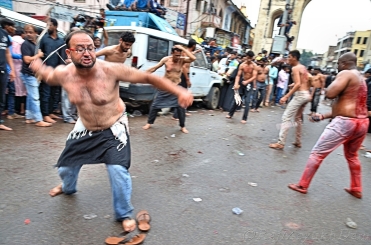 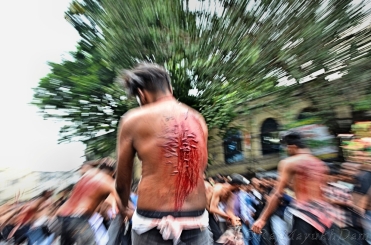 The city of Hyderabad has a rich connection with Prophet Muhammed’s family as the city ‘Hyderabad‘ itself was named in the tribute to Ali Ibn Abi Talib, the son in law of Prophet Muhammed. Ali was also named Hyder (Lion) by his mother and from Hyder, came the name Hyderabad. This was done by the famous king Quli Qutub Shah of Qutub Shahi dynasty of Golconda. During his the reign of Qutub Shahi dynasty, many historical monuments were constructed like Charminar, Golconda, Makkah Masjid, Badshahi Ashurkhana etc. Since Qutub Shahi dynasty was Shiite, Muharram processions have a rich history in Hyderabad that many people belonging to different castes, races and religions pay tributes to the martyrs of Karbala and Imam Hussain in their own ways.

People in Hyderabad also prepare the traditional Muharram ka sharbat which is made of milk, dry fruits or jaggery and water. This traditional juice is served indiscriminately to people on the occasion of Muharram. The belief is to reciprocate the malicious actions of Yazeed’s army who kept Imam Hussain, his family and companions thirsty for three days in the plains of Karbala, Iraq before mercilessly killing them. Hence, this juice is served so that no one is thirsty.

It is also reported that a small part of the wooden material on which Bibi Fatima, mother of Imam Hussain’s ritual bath before her funeral took place, is melted and added into famous ‘Bibi ka alam’. Bibi ka Alam is carried on a trained elephant in a procession called Jaloos e Ashoora on every 10th Muharram of Islamic Calendar in Hyderabad.